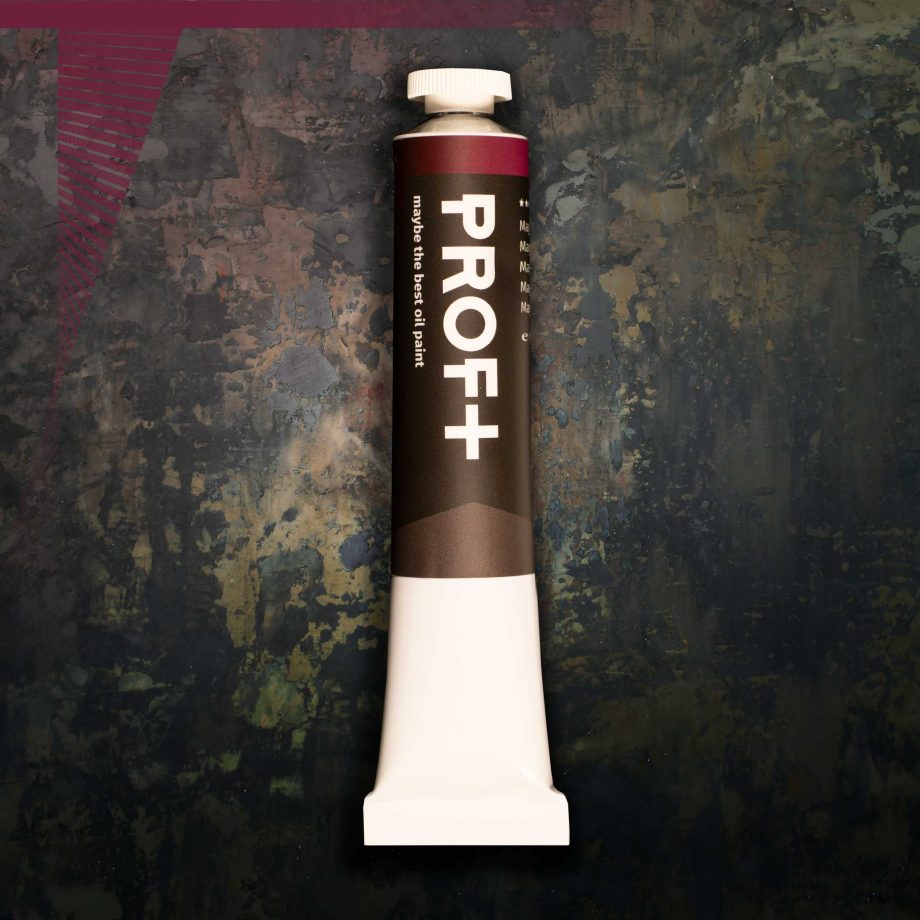 Magenta artist color with high pigment content, pure linseed oil and without solvents. The consistency is like butter at room temperature, and for many artists the paint can be used directly from the tube without the addition of paint.

Magenta artist color with high pigment content, pure linseed oil and without solvents. The consistency is like butter at room temperature, and for many artists the paint can be used directly from the tube without the addition of paint.

Magenta color, PR122 (C20H12N2O2 ) is deep and mostly reddish purple. There are many benefits to using this transparent yet strong color. Like all other Quinacridones, it is an extremely lightfast organic pigment. In terms of complementary color pairs, Quinacridone Magenta works especially well with yellow-green colors.

The colour is a valuable replacement for the less lightfast Alizarin Crimson.

Note that if you read a little art history and someone in those days calls something Fuchsia, it’s actually about our color as well. We will return to that soon.

Magenta took its name from an aniline dye developed and patented in 1859 by the French chemist François-Emmanuel Verguin. He originally called it Fuchsine after Fuchsia. But geo-politics quickly took off in the commercial name. For Verguin, the color was renamed to celebrate the Italian-French victory at the Battle of Magenta. It was fought between the French and the Austrians on June 4, 1859, near the Italian city of Magenta in Lombardy. An almost identical color, called Rosein, was created in 1860 by two British chemists, Chambers Nicolson and George Maule.

Fuchsia as a color took its name from a flowering shrub with about the color that was then again named after the German botanist Leonhart Fuchs, simply with the botany’s penchant for Latin suffixes.

This oil paint can and must be mixed with oil paints from other manufacturers. The same goes for paint. Since this is such a chemically pure and simple product without mysterious fillers, it must also be mixed with your own favorite paint, whether it is ponds and linseed oil, stand oil, black oil with litharge, Liquin ™, Oil gel ™ Maroger, lavender spikeoil, etc. Too good control over consistency and detail work, we recommend our own paint. If you use solvents to clean brushes outdoors or in a ventilated room, Gamsol ™, turpentine, Terpenoid ™ Alcohol and ethanol, etc can be used. If, on the other hand, you do not like solvents, you can use special cleansing soap or liquid brown soap for the same purpose.

Magenta is not toxic but must not be eaten or otherwise ingested. The product has not been allergy-tested, but if you only use it for its intended purpose – to paint with a brush and palette knife – there is no immediate health risk.

This colour is known internationally: Magenta